There are growing fears of a recession. Some 64% of German nationals now fear that the corona crisis will have negative consequences for Germany in the long term. Within the last two months, search volumes for the term „recession“ have increased by 525%, as can be seen in a new infographic from Kryptoszene.de. 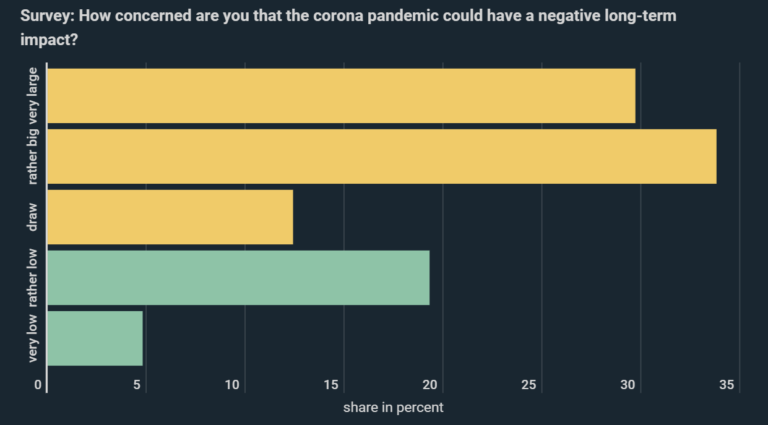 At the same time, it is not only citizens and private investors who fear economic collapse. As the infographics show, cash ratios among major investors are higher than they have been since September 11th, 2001. According to data from the Bank of America, these investors upped shares of cash from 5.1% to 5.9% in April. The equity ratio among these large investors is at its highest level since March 2009.

About two thirds of German firms fear a 55% decline in revenues across the second quarter on average, according to a survey by the „Kantar Group„.

Although Europe could also be severely affected, analysts expect particularly substantial turbulence in the United States of America. They predict that the number of insolvencies in the USA will rise by up to 25%, compared to a forecasted rise in bankruptcies of 19% in Europe.

In spite of the current climate, certain asset classes are also experiencing healthy growth. Bitcoin’s performance has been the best: since the beginning of the year, the value of BTC has risen by 18.8%. Gold is also living up to its reputation as a crisis currency, having gained 16.2%. On the other hand, silver has fared considerably worse with a minus of 10.4%, though some of this can be accounted for by bottlenecks.

On the stock market it’s a different story. The Dow Jones has lost 16.1% of its value since the beginning of January, while the DAX index has fallen 19.1%. If fears of a significant global downturn should prove justified, then the coming months could likely see high volatility. 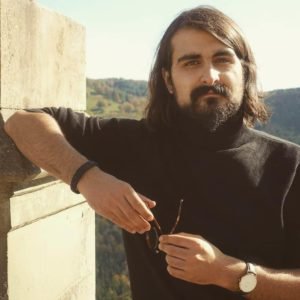 Raphael, a political scientist, is our man for detailed analyzes and features. It provides particularly exciting topics and deals with developments on the trading floor, digitization trends and cryptocurrencies. Contact: raphael-email@web.de 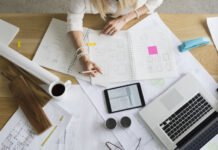 Is COVID-19 is the flag bearer of Work From Home Revolution? 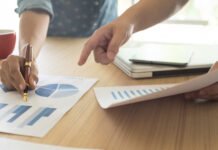 How to choose the best HR Analytics Platform? Leader’s Edition 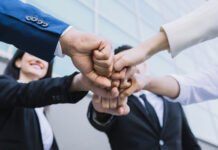 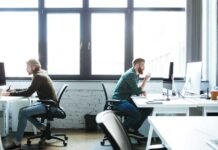 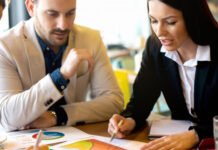 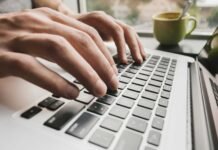 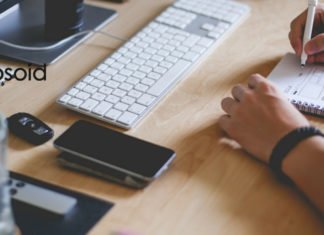 Robert Half To Present Webinar On Technology And Future Of Work

Leading Through Isolation – Five Ways to Overcome the Loneliness of...