Employers are extremely concerned about the new age trend is commonly known as “Ghosting” which has started doing the rounds in the employment circles. It is a cause of concern for the employers and the administration due to the number of efforts and pertaining documentation that gets wasted as a result.

As the labor market gets congested we see the recruiters constantly complaining about the dearth of employees or candidates failing to show up at the interviews. Some employees simply abscond without conveying anything much.

What is Ghosting in the Workplace?
Ghosting is basically the practice of ending a relationship by abruptly ending all contact and communication. The act of ghosting is no longer confined to the world of dating, In fact, it has now started creeping its place to the employment sector as well. A “No-Show” is lately becoming a reason of concern for the employers due to all the efforts that goes wasted both in terms of the totality of the Induction process and the hunt for the rightful candidate.

There are various types of No -Shows in Employee Ghosting sector:

1) No-Show for the interview: It is basically when a candidate does not show up for a scheduled interview. This is a major concern for the HRs as most of their follow up and profile hunting efforts are totally wasted.

2) A No – Show for their initiation: This happens when candidates accept the particular job offers but end up not coming and joining the organization on their start date.

3) A No-Show Resignation: This occurs when an employee leaves abruptly and never shows up again. In fact, absconding is the most common NO-SHOW phenomenon in the recently joined employees lately.

While we have seen and heard about the employees ghosting from a respective organization in the past, this phenomenon has taken a lot of momentum in the last decade or so. With the increase in the diversification and boom of industrialization comes a relevant problem of Ghosting. This is Sophie’s Choice for employees worldwide today.

Why are Workers Ghosting in the Workplace?
While some believe it is changed in the attitude of the candidates, others believe it is the result of a booming industrial market and job opportunities. Let us realistically dive into some of the common factors that are responsible:

CHANGE IN CANDIDATE ATTITUDES
The attitude of the employees has seen a dynamic shift. Employees now believe that Ghosting is a fair process and give them more credibility and the power to choose. Earlier the employees have always been the underdog in the Employee-Employer equation. This gives them the upper hand and hence is not found to be unethical from the employee’s perspective. The main reasons can vary anywhere between accepting another job offer to deciding the current job was not a good match.

PERKS AND RECREATIONS
Since we have already seen that the job sector has seen its all-time boom in the recent past. This makes the employees extremely aware of their current surroundings, perks, and packages. So, as soon as the employees weigh that they are lacking in any sort of facilities they directly start their lookout and leave without any further adieu.

EASY WAY OUT
Human nature, on the whole, inhibits confrontation. Confrontation at the workplace is messier than it sounds and several other protocols and procedural bottlenecks become a real hindrance to the employee. In such a scenario instead of talking it out with the management and following the protocol, they prefer to take the easy way off and walk out.

How to Survive Ghosting in the Workplace

While ghosting is becoming the new basic thing in the Job market, the employers have to be extremely strategic and focus on their operations to tilt it towards building long term relations with the employees. There are several methods that the companies can use to prevent ghosting at the workplace. Let us have a look at some of them:

RESPECT IS THE KEY
Respect is the key to gaining your employee’s trust and durability. Treating employees problems with respect would not only help the employees to overcome the situation but also help the companies is making their human resources strategy more streamlined. The culture of treating your employees as a mere commodity must be totally abandoned in order to get rid of the process of ghosting becoming a fad.

TRANSPARENCY FOR THE BETTERMENT
Promises mean the world to the employees. It is, in fact, the deciding factor for them to either opt in or opt out of their decision.  So it is in the best interest to get your rules, regulations, incentive structure in order so that they seem achievable and real to your employees. It is best to promise what you can actually give other than just abusing their hard work to your advantage. Make it a two-way street.

STREAMLINED EXPENDITURE
Ghosting incurs massive losses in the induction phase of it. It is best to be in the prevention of the same. Streamlining your procedures of both onboarding and calculative training would help to cut down expenses that turn futile for the candidates to turn to Ghost.

CONCLUSION
No one will say certainly if ghosting within the work could be a trend that’s here to remain or if the emergence of the associate employer-friendly job market can curb it. however one issue is certain; candidate’s attitudes have modified, therefore organizations ought to take steps to regulate.

By building robust talent communities and fascinating new hires early and infrequently, you will up yourself to scale back the chance of candidates and staff ghosting you.

Chandrima Samanta
Content-Editor at HrtechCube
Chandrima is a Content management executive with a flair for creating high quality content irrespective of genre. She believes in crafting stories irrespective of genre and bringing them to a creative form. Prior to working for MartechCube she was a Business Analyst with Capgemini. 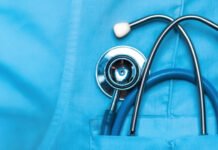 How Employee Training Will Ease the Healthcare Worker Shortage 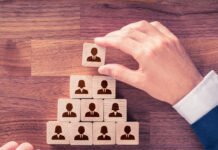 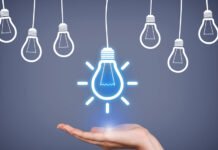 Everything about Employee engagement 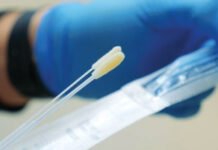 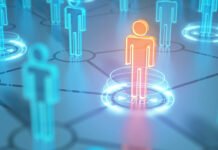 Impact of HR-Tech on Reward & Recognition 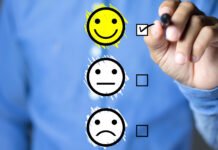 Top ways to improve the employee experience to enhance businesses 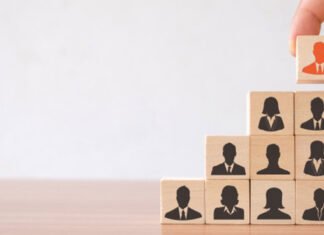 How to Prepare IP Network Infrastructure for 5G Era