The market conditions of a singular aspect in one part of the world is often seen to be having a ripple effect on several elements and in other parts of the world as well. As the ripple effect itself explains, an initial disturbance in a set system can create further disturbance to an increased portion of the system, making the effect of the object dropped, larger. Think of a river bank and a stone thrown into it, which creates a series of movements or waves in the water. Something similar is what happens when a country faces recession or economic downturn. It may start off as a minor regression for a smaller portion of the country, but can impact too many entities on a macro level, in the long run.

An ordinary recession that began in 1929 in the U.S, went to become the Great Depression that affected almost every country virtually. According to Forbes, the unemployment rate had hit 24.9% at that time, which was an all-time high. As the novel Coronavirus began to spread, the limitations and restrictions on carrying out the businesses and their operations contributed majorly to the spike in the number of people that lost their jobs. At present 12.6 million people in the U.S are unemployed, while more than 38 million Americans lost their jobs during the initial days of the pandemic. Americans that lost their jobs applied for government aids in order to stay afloat during these difficult times.

These numbers and statistics are testament to the fact that a number of people are living paycheck to paycheck, and are days away from going broke and being unable to afford their daily expenses. Looking at flu-like symptoms, a pandemic could not be anticipated, and the surge in unemployment was definitely not speculated. But, if there was an emergency savings system in place, thousands of people could’ve sailed through these difficult times a little smoothly.

What are emergency savings?

Contingency funds or cash that are stored to be used in times of income deficits due to unforeseen circumstances and situations, which will be used to pay off the daily expenses such as rent, mortgage, bills, etc. is known as emergency savings.

Some people believe that a minimum of 3 months of emergency savings is necessary, whereas others debate it to be 6 months.

The pandemic seems to have changed these perspectives a bit. With the virus being prevalent for a year, and the unemployment rate beginning to drop only now, it is now advisable to have emergency savings that would last you for at least 8 months.

Jobs are beginning to return to the market and in October, 6,38,000 jobs were added back to the American economy, reports CNN, but there’s still a long way to go.

It is important that not only the employees, but also the organizations make a conscious effort towards ensuring that the employees are taking steps towards having an emergency fund for themselves, in case of mishaps, losses and job losses.

Being able to survive and provide for yourself and your family is something that never stops, regardless of if you have a job or not! When calculating the ultimate amount that is needed to survive for whatever number of months if there is no inflow of income or cash, note down all the regular payments such as the electricity bill, water bill, gas expenses, car payments, groceries, rent and mortgage, maintenance charges, and all other recurring payments. Now, this fund is meant for survival during tough times, so leisure and entertainment can be kept out of the calculations.

You are looking at building a safety net over a period of time, so make sure that you religiously contribute to the emergency savings, without giving in to any distractions and temptations.

Why is it important for employers to help employees with the development of their emergency funds?

What can employers do to help employees build their emergency savings?

Contrary to the belief that it is out of the purview of the employers’ capacity to assist employees in building their emergency savings, there is a lot that can be done from the side of the employers, and without a lot of additional costs incurred.

The first thing that the employers need to identify and analyze is the need and priority of their employees, in terms of savings and benefits. Let’s say, right now your employees would want health benefits over leisure benefits, coupled with the aim of contributing at least 10% of their salaries to the emergency savings on an average. So, you can use this information to better design your benefits and contribution strategies and to the needs in real-time.

And finally comes the integration of these strategies into the existing system solutions of the organization. As analyzed in the above given example, that the employees on an average would want 10% of their salaries to go to the emergency savings, the employers can ensure that the particular amount is directed towards the rainy-day funds directly from the payroll of the employees.

Employers will be able to do so with solutions that are specifically designed to serve the said need. And, the first of its kind benefit is Secure. Secure can help both entities in reaching their final aim without much of a hassle, immediate access to funds, and no maintenance costs.

The pandemic once again has triggered the need for a safety net of cash to fall back on when times get tough. Preparing in advance for any future downturns, is now extremely significant, and employers can do their bit by securing benefit solutions that can help contributing to the same.

Tanvi Tirthani
Content Contributor, HRTech Cube
Tanvi Tirthani is a content writer and strategist with a special foray into technology. She has been a keen researcher in the tech domain and is responsible for strategizing the social media scripts to optimize the collateral creation process. 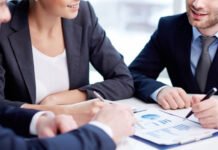 Employee Listening is In Vogue and HR Leaders Are Jumping Aboard 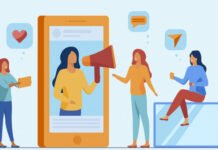 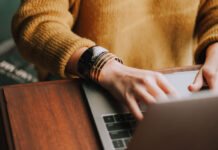 Post-pandemic remote strategy: What every company should know 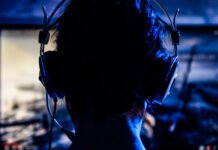 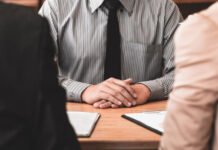 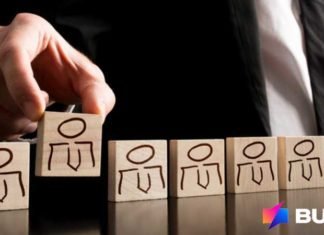 hrtechcube - March 29, 2019
0
Buck, an integrated HR and benefits consulting, administration, and technology services firm, today announced that it has expanded its HR portfolio by relaunching its...

Enhancing Relationship Building at the Workforce