the leader in collaboration user experience management, today announced released the results of a study on the challenges of hybrid work and the ways employees and companies each own the responsibility for making remote work successful. Conducted by Wakefield Research, the study surveyed 200 U.S. executives at companies of 500 or more employees between March 9 and March 17.

The COVID-19 pandemic kicked off a period of high turmoil for both workers and companies. Parents scrambled to manage work as schools and daycares closed due to the virus. People left jobs in order to care for those that were sick, because they were sick, or to avoid getting sick.

According to the U.S. Bureau of Labor Statistics, 4.5 million workers quit their jobs in November 2021, a new record after months of record-breaking resignations. And 4.3 million people quit or changed jobs in December — down from November’s all-time high but still near record levels, as the omicron variant swept through the U.S. Companies are doing what they can to identify problems and prevent losing valued employees in what has come to be known as the “Great Resignation.”

“The people who make up our workforce are and have always been the soul of the organization, the lifeblood of our operations and core to making everything work,” said Alfredo Ramirez, President and CEO of Vyopta. “We appreciate the importance of attracting and keeping great people who have faced various challenges and disruptions in both their personal and professional lives during the pandemic.”

Face (and Voice) Time are Essential for Remote WorkersBusiness executives place a premium on engagement during this era of remote work. According to this survey, 92% of U.S. executives report employees who are less engaged, either frequently on mute or don’t turn on their camera during virtual meetings, probably don’t have a long-term future at their company.

Executives view the lack of employee engagement as a sign of subpar performance to come: 93% of executives say employees who turn their camera off are generally less engaged in their work overall. Notably, more than 2 in 5 (44%) strongly agree with this.

The lack of engagement opens the door to executives making assumptions about employee behavior. More than 2 in 5 executives (43%) suspect that employees who are on mute or off-camera entirely are browsing the internet or social media, texting or chatting (40%).

Executives Take Responsibility for Failing to Keep Workers EngagedSurprisingly, many executives admit their company is not doing a good job of facilitating engagement. In fact, nearly half of U.S. executives (46%) say they are not providing the tools to allow their workers to be as engaged as their in-person counterparts.

To be more specific, the executives say the responsibility lies at the very top. About half of executives (49%) say C-level executives bear the greatest responsibility for increasing employee engagement at their company, followed by HR (28%), and division leaders (10%).

Maintaining employee engagement is a challenge all companies face in the post-pandemic work environment. Nearly all executives (99%) acknowledge there is room for improvement, with nearly half (47%) saying there is “a lot” of room.

The rapid transition from in-person collaboration has not been without its issues. An overwhelming majority (93%) of executives agree the frustration of working remotely is causing some employees to be less engaged on virtual calls.

Company Cultures are BrokenThe tendency to compensate by resorting to an abundance of virtual meetings may be taking its toll. Nearly half of executives (48%) cite too many meetings as a reason why employees do not talk during virtual meetings, saying they had too many calls that could’ve been an email. Nearly as many (47%) say not speaking up is a habit that has developed among their junior staff.

More than ever, primarily remote workers need to be able to depend on their professional lifeline. Nearly all executives (96%) agree that primarily remote workers are disadvantaged compared to those who work primarily in the office. An overwhelming 94% say remote employees were less connected and have fewer opportunities within the company than their office-working counterparts.

Executives point to collaboration challenges as the reason primarily remote employees are less engaged. The top issues are over-reliance on others to be collaborative (52%), lack of access to company leadership (47%), and less connected to colleagues and their office culture (43%).

Nearly all (97%) executives see the lack of engagement in a virtual environment as bad for business across the board. The most frequently cited negative consequences are slower skill development among employees (46%), lack of collaboration across teams (42%), and errors or mistakes slipping through due to a lack of virtual engagement (40%).

Trust in Staff to Work Remotely has DecreasedAs the pandemic enters its third year, the level of trust executives have in their staff to

Even with the proper tools in place, minimizing user error must be a priority for companies. Executives cited an average of a third (34%) of all errors on virtual calls were because of a user issue as opposed to a technical issue. Based on their experiences, many report user error as an even bigger problem. More than 2 in 5 (43%) believe users are responsible for 25%-49% of all errors they encountered. Further, nearly a quarter (23%) said user error makes up 50% or more of these cases.

Steps to Foster Engagement that WorkGiven the increased importance of collaboration, companies are constantly challenged to keep everybody on the same page. All companies (100%) have taken steps to encourage greater collaboration between primarily remote employees and their in-person counterparts since the start of the pandemic.

Technology is essential for the push to promote greater collaboration. Most (54%) say their company established channels on messaging apps such as Slack or Teams to encourage further collaboration between colleagues. Half (50%) required more participation on virtual calls/meetings and another 50% instituted formal training on remote collaboration.

Increasing engagement may require a multi-pronged approach. The top three strategies for increasing engagement are: highlighting an individual’s performance publicly, such as through awards or promotions (49%), providing direct individual feedback (48%), and investing in tools that make collaboration more seamless (43%).

With plenty of work ahead to improve engagement, companies are going to continue to rely on technology to bridge the gap. In fact, 92% of executives say it’s extremely or very likely that their company will invest in technical solutions to increase engagement.

It’s my mission to make sure Vyopta employees are highly engaged and have the resources and training to succeed, said Alfredo Ramirez, President and CEO of Vyopta. “We want employees to understand what is expected of them, trust their manager to regularly provide both praise and constructive criticism, feel that their voice is heard and valued and that they have opportunities to learn and grow,” said Ramirez.

MethodologyThe Vyopta Survey was conducted by Wakefield Research (www.wakefieldresearch.com) among 200 US Executives with a minimum seniority of VP, at companies of 500 or more employees, between March 9th and March 17th, 2022, using an email invitation and an

online survey. Results of any sample are subject to sampling variation. The magnitude of the variation is measurable and is affected by the number of interviews and the level of the percentages expressing the results. For the interviews conducted in this particular study,

the chances are 95 in 100 that a survey result does not vary, plus or minus, by more than 6.9 percentage points from the result that would be obtained if interviews had been conducted with all persons in the universe represented by the sample. 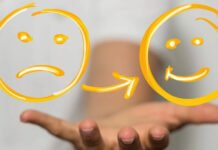 Blis named as an inclusive workplace by Best Companies Group 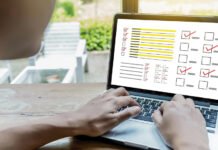 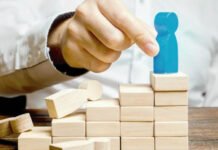 AWP Named One of America’s Greatest Workplaces for Diversity 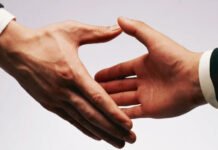 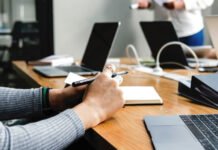 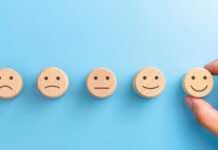 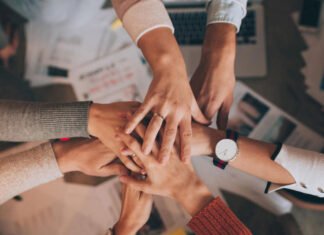 Cloudflare Named to Top 100 Most Loved Workplaces in 2022