Turing.com, an automated platform that lets companies hire Silicon Valley caliber remote developers at the touch of a button, announced today a $32-million Series B funding round led by $3.3-billion fund WestBridge Capital. The round includes a number of high-profile investors, such as Foundation Capital, which led Turing’s seed round. Altair Capital, Mindset Ventures, Frontier Ventures, and Gaingels also participated in the Series B round, which was heavily oversubscribed.

Driven by the massive global shift to remote work, Turing taps into a global pool of developers to help companies hire in markets such as the San Francisco Bay Area, aka “Silicon Valley” and New York, where it is difficult and expensive to hire and retain top software engineers. Turing rigorously vets developers for a Silicon Valley bar.

Turing has accomplished dramatic growth over the past year — growing by 17X in the last 14 months, from $700K to almost $12 Million. The company has 180,000 developers signed up on the platform and counts several high-profile Silicon Valley technology companies as customers. The global pandemic has forced companies to become remote-first and remote-friendly, which has opened up gigantic global talent pools to recruit from.

“Turing was able to raise its Series B round in record time,” said Jonathan Siddharth, CEO & co-founder of Turing. “The acceleration in the world’s shift to remote work was a factor. We have seen five years’ worth of transformation in the future of work happen in the last five months. Companies have realized that it doesn’t matter what city your developer happens to live in for software engineering. All that matters is the quality of the developer and having good remote communication & collaboration protocols in place. Turing lets you push a button to hire a pre-vetted remote developer, with all the hassle taken away. For technology companies, speed to market is a competitive advantage, and you can miss a critical market window if you don’t have the right talent at the right time. That’s why companies are flocking to Turing.”

“We are excited to partner with WestBridge Capital, which has also backed remote work unicorns and Global IT Services giants like Cognizant Technology Solutions and Global Logic,” added Siddharth. “The world is flat. Turing will level the playing field for the world’s best developers. This round accelerates our mission to spread Silicon Valley beyond the Bay Area to the entire planet. If you are a software developer, your opportunity radius should not be 20 miles from where you live. It should be the world.”

Turing founders Jonathan and Vijay realized the immense potential of remote global talent while successfully scaling their last AI startup with remote distributed teams. Turing intends to use the additional capital to continue developing its platform, enhance its automated matching, monitoring, and management tools, and increase headcount in the organization’s engineering, sales, and marketing departments.

“The IT Services industry is a $1 Trillion market with many multi-billion dollar incumbents taking a services-oriented approach,” said WestBridge Capital Managing Director Sumir Chadha. “Turing is reinventing that model with software and data science. Instead of setting up buildings and having developers work inside offices, Turing creates a new category with talent in the cloud – top-tier talent sourced by software, vetted by software, matched by software, and managed by software, massively increasing the scalability and efficiency of the business.”

“In 1998, I predicted that the IT Services industry would grow 100x over the next ten years. It turns out this was an underestimate,” said Ashu Garg, managing partner at Foundation Capital. “Today, I’m equally bullish on the economic potential of companies like Turing that will be foundational to the future of remote work. Such is our belief in Turing that we led the company’s seed round since day zero and are a major participant in their current raise.”

“Turing has a very interesting business model which today is especially relevant,” said Igor Ryabenkiy, Managing Partner at Altair Capital. “Access to the best talent worldwide and keeping it well-managed and cost-effective make the offering attractive for many corporations. The energy of the founding team provides fast growth for the company, which will be even more accelerated after the B-round.”

“Mindset Ventures is thrilled to be a part of a growing company like Turing,” said Daniel Ibri, Managing Partner with Mindset Ventures. “Remote work is an unstoppable trend worldwide that just got accelerated by the Covid-19 pandemic. Turing is leading the market, and we are bullish on its ability to grow and thrive”

“Turing is on a mission to democratize access to talent and jobs for the best and brightest, irrespective of geography, background, or network,” said Lorenzo Thione, Managing Director at Gaingels. “We are excited to be joining Turing’s family of partners and investors and to focus on helping build a more equitable world.”

“Turing solves a major problem for every company in today’s environment, finding enough qualified software engineers to stay competitive and develop new markets,” said Dmitry Alimov, Managing Partner at Frontier Ventures. “Turing’s approach is a vertically-integrated solution that replaces traditional IT service company offerings with an AI-based platform that is best described as a talent cloud. We see tremendous upside for Turing as more and more companies adopt a remote work model.” 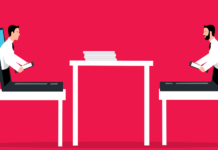 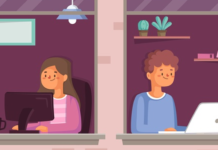 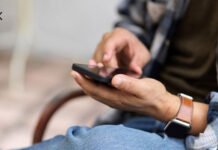 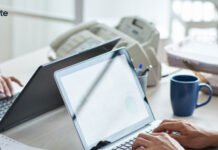 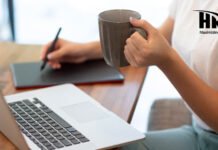 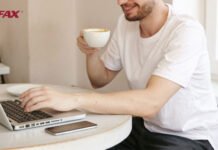 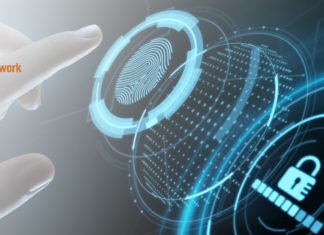 We hear you, America. FinFit Commits to The Coronavirus Battle.